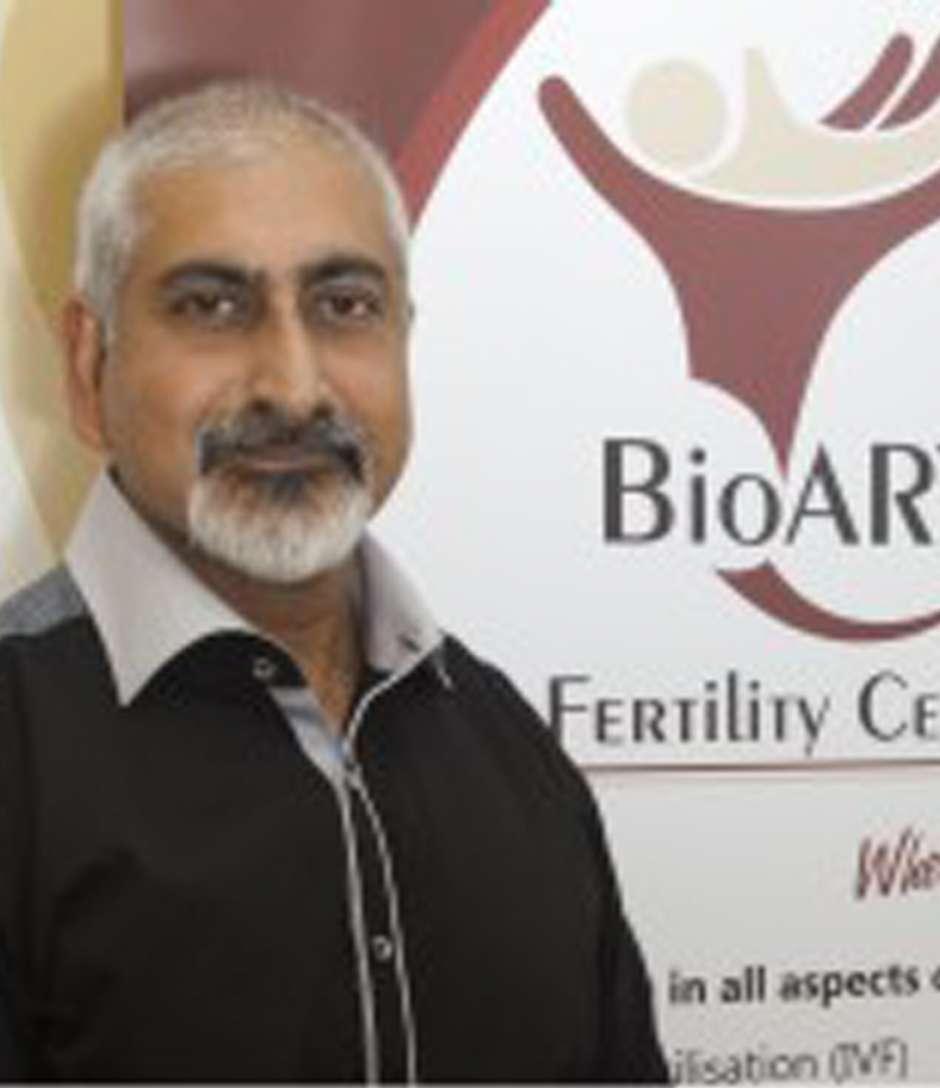 As a board member of the South African Society of Reproductive Science and Surgery (SASRSS), Dr Mohamed Iqbal Cassim, a fertility specialist, is one of a few doctors in South Africa qualified in both the laboratory aspect of fertility as well as the clinical aspect.

One of Dr Cassim’s new areas of focus is research on Apoptosis (a cellular process involving a genetically programmed series of events leading to the death of a cell) of human sperm and implications of the male factor in terms of reproduction. Dr Cassim together with Dr Dasoo currently run a hi-tech, world-class fertility centre in Brenthurst called BioART (Assisted Reproductive Technology).

In 1988, the Centre, previously known as the Brenthurst Nordica Fertility Centre, was the first in the country to host a telemedical system called the Fertility Quality Control System (FQCS), which is a computer-generated program methat captures and edits images of embryos. These images can be shared with a global network of specialists who can offer expert advice on complicated procedures. He was on the advisory board of CICONIA Fertility Centre in Denmark in 1998.
As the first non-white to have initiated a self-standing fertility unit in the country in 1993, Dr Cassim has been established as one of the country’s leading fertility specialists with a success rate that can be measured against some of the world’s leading specialists.
Part embryologist and gynaecologist, Dr Cassim is well equipped to handle the most complex fertility problems.

After completing a MBBCH at the University if Witwatersrand in 1983, Dr Cassim began his career at the Baragwanath Hospital. He soon commenced with Specialist Training and became Senior House Officer in Obstetrics & Gynaecology. Thereafter, Dr Cassim went on to obtaining his registraship in Obstetrics & Gynaecology and became a founder member and chairperson of the Registrar Working Committee at the University of Witwatersrand.

He has also completed a short registrarship in urology which gives him greater exposure and understanding of the male factor in fertility problems. In 1992 Dr Cassim headed up a Gynaecology Unit at The Hillbrow Hospital and he was an examiner for undergraduates at the University of Witwatersrand Medical School.

Following an advanced training course in IVF at CICONIA Aarhus in Denmark, Dr Cassim went on to head up the Brenthurst Nordica Fertility Centre. He holds a Master of Philosophy (Mphll) in Assisted Reproduction at the University of Stellenbosch. He is currently completing an MBA with Edinbrough University. He has done regular talk shows on 702 radio and other stations; and written several articles in magazines and journals as well as academic presentations. Dr Cassim is the FERTILITY EXPERT on the advisory panel of the Health 24 Website.